Register Now! Donate To This Event

The All-American Classic will be played on Sunday, August 28 (5:00 PM local time). Far more than just a game, the event provides a once-in-a-lifetime opportunity for the players selected. Players have the opportunity to fundraise to help children in need. All proceeds will benefit the Make-A-Wish Foundation and the Perfect Game Cares Foundation's Grow the Game Fund for underserved children across America.

The Perfect Game Cares Foundation, will host a free Grow the Game Youth Camp for Phoenix children ages 12 and under leading up to the big game. Stay tuned for more details!

NOTE: Fundraising competition cutoff is 12 PM MST on Saturday, August 27. Top fundraisers will receive their awards at the banquet.

In the weeks leading up to the game, every player in the Perfect Game All-American Classic will have the opportunity to conduct an online fundraising contest to raise funds for Make-A-Wish Foundation. Since the inception of the PGAAC, more than $1.5 million has been raised with the bulk of it going to the Peckham Center for Cancer and Blood Disorders at Rady Children’s Hospital.

Together, we can make a real difference in the lives of these kids. Every dollar we raise gets us that much closer to changing the narrative for these families.

Who were the top fundraisers in 2021? 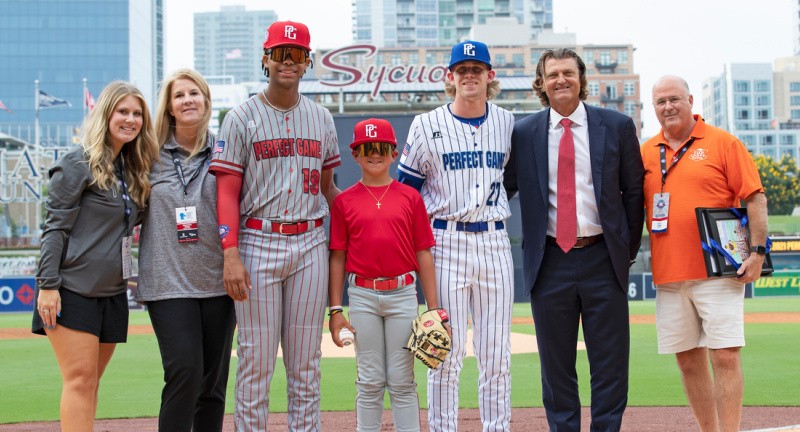 Beginning in 2018, PG Cares extended free tickets to all local families for admission to the game. We will continue that tradition in 2022 and hope to see the stands at Chase Field full of Phoenix families. It will be a great day at the park, watching the best of the rising senior high school baseball players, while raising money for the Make a Wish Foundation and underserved youth across America through the Perfect Game Cares Foundation.

The 2022 Perfect Game All-American Classic and Selection Show will be streamed live on our brand new OTT channel, PerfectGame.TV, and broadcast on MLB Network. Coverage will be provided on MLB Roundtrip featuring Perfect Game on MLB Network Radio on Sirius XM.